Home
/
News
/   Morocco through the eyes of Karina Byalkova 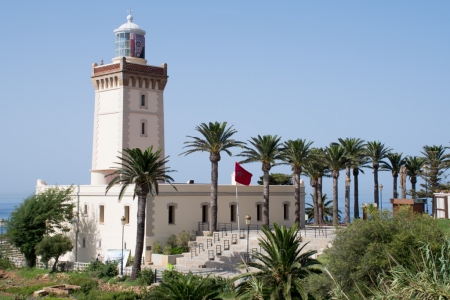 Morocco through the eyes of Karina Byalkova

If you're like most people, when you hear “Morocco” you probably imagine hot sand dunes with caravans of camels slowly winding their way through. No one would blame you - these are the images that travel agencies most frequently use to sell their Marrakech tours. Photographers also love to capture them - pictures of exotic experiences, such as sleeping under the stars in the desert, riding ATVs along the sand dunes or riding camels. As attractive as they are, such experiences create a rather limited image of the African country. Today I challenge you to dispel some of the most popular myths we tend to hold of that particular destination.

Chamal is the name locals give to the northern part of Morocco. Its center is the city of Tangier. Located only 14 km from the Spanish coast, beyond the Strait of Gibraltar, the city has a completely modern look, a luxurious port, 5-star hotels, malls and everything to make the European tourist feel at home. Like other Mediterranean countries, rush hour is at midnight, when everyone is out, traffic is dense, and people go out to sit on the lawns with their families. My late arrival immediately dispelled the myth that "it's dangerous to go out alone in Morocco".

Well, it turned out it isn't at all. The streets are full of young people, including families with children, as well as girls, and no matter how much I looked around for danger, I found none. If you're an anxious girl traveling solo, you can always seek out one of the rare bars whose windows are lit up in pink neon lights. No, this is not the Netherlands, here those lights mean that the bar is for women only and men are not allowed inside. The reactions to my first evening posts after my arrival were "Lol, how civilized!" Apparently, the dominant myth among us is rather one of disorder and destitution.

For many years, Tangier has had an independent status and has been designated as an international zone. Even the Moroccans themselves had to present passports to be admitted to the city. Only in 1956 did it become part of the Kingdom of Morocco. The cultural mélange of the entire region is remarkable – Phoenicians, Romans, Berbers, Jews, Andalusians and Arabs have all left their mark on the development of the city. Conquests by the Portuguese, Spanish and French marked the names fo the various neighborhoods – today locals will direct you to the French Quarter, the Spanish Quarter, the Jewish Quarter, etc. Tangier’s citizens take pride in their cultural sensitivity. For them, ethnicity, skin color, religion are not important - they are equally open to everyone, and their city is often given as an example of tolerance and hospitality.

What made Chamal very European-like in my view were mainly our shared values. The city strives to develop sustainable tourism, taking into account the environment and the capacity of the infrastructure. We visited Tanja Marina Bay where the hosts explained their concept for development. Cable cars will connect the promenade to the nearby hills, conference centers will host business, social and cultural events, and cruisers will dock in a specifically designated area. And this is all possible because the authorities moved the whole existing port a few kilometers down the coast in order to open the door to the future. Here we also learned about the high-speed train that reaches Casablanca in just two hours.

So, if you made it so far and have a few days to spend around, the top nearby attractions to visit are the Perdicaris Park, Cape Spartel and the Caves of Hercules.

Perdikaris: Romance with a Taste of Crime

Perdikaris is a botanical park located just a few kilometers from Tangier, and it covers an area of ​​just over half a square kilometer. It is home to hundreds of plants and birds. Apart from the pleasant atmosphere that fills the air all the way to a beautiful panoramic view of the Straits of Gibraltar, the park has a very interesting history. In fact, the park is named after the American MP Ion Perdikaris, who settled in Tangier in the 1880s. Because his wife had a lung disease, the family chose this specific area for their summer residence. In 1904 however, Ion along with his stepson was kidnapped by rebels and the event went down in history as the "Perdikaris Affair". Roosevelt himself ordered a spectacular rescue to manifest American power, but in the end, a ransom was paid to return Perdikaris. The event inspired the film The Wind and the Lion (1975), in which Sean Connery played the villain Raysuni. Our hosts also shared the version that Perdikaris' wife fell in love with the kidnapper and the two had an intimate affair while the negotiations were conducted. There is no way to know the truth - I can only guarantee a pleasant experience during the walk in the botanical garden.

The Cave of Hercules: Legends Embellished

From Perdikaris you continue in the direction of Cape Spartel. You will turn off the road to the Cave of Hercules, which is 14 km from Tangier. There are more than enough road signs, so you can't miss it. The cave is different from what we are used to seeing in our country, so it is worth a visit. Legend has it that Hercules hid in it before his last feat. The legends associated with Hercules are innumerous and only your imagination can stop you. You will need it further down the cave, because the entrance from the seaside is in the shape of the African continent.

The biggest landmark of this place is the lighthouse, built in the 19th century to prevent the many shipwrecks happening around the nearby rocks. Arriving by water, this is the first thing you will see on the African coast. Quite nearby is the strip where the Mediterranean Sea and the Atlantic Ocean merge in two shades of blue. In the past, the locals believed that Atlantis lay under the waters around Cape Spartel.

If you have more time, there are several further destinations worth visiting: the artsy resort of Asillah, the historic Larache, the must-see Blue City of Chefchaouen and the artisan Tetouan.

Asillah: the Town of Art

Assilah is a small town on the Atlantic coast about 40 km from Tangier. Besides the wonderful beach where you can spend your summer, there is also an exceptional medina. This is a place of artists and craftsmen, and the spirit is like the Plovdiv’s "Trap". Every year the artists gather and repaint the white walls around the city. On the one hand, this contributes to the city being one of the cleanest we have visited, and on the other - it guarantees that your visit will be unique - next season the pictures will be different. In addition to capturing them in photos, you have the opportunity to acquire all kinds of works of art - from paper, through leather and textiles to ceramics. While the youngsters in our group bet on the ocean waves and spent a joyful afternoon on the shore, we strolled the wide streets to discover the most valuable gifts. We watched some real-time painting, learned how red corals are transformed into beautiful jewelry, and tried to remember the names of the various instruments played by the street musicians.

The city of Larache itself is not so impressive and probably wouldn't have made it to our list if it wasn't for the archaeological park in its outskirts. The ancient Phoenician settlement of Lixus is the main attraction that drew visitors to Larache in the recent years. Perched on a hill overlooking the delta of the Loukos River, Lixus has rightly become a favourite stop for archeology enthusiasts. In addition, it is also a part of UNESCO cultural heritage. Temples, an amphitheater, a residential area and a palace testify that the city has passed through five different historical eras. We can only recommend that you avoid lunchtime if you decide to visit the place in the summer, as the walk among the ruins is long and shadows are scarce. For those who prefer more passive vacations, the Lixus Resort hotel located nearby provides an excellent setting for relaxation.

The astonishment with Chefchaouen begins before you even reach the city. The road winds between the steep peaks of Rif Mountains. The myth "Morocco is only sand and desert" was also dispelled here. It turns out that in this part of the country there are large ski resorts with an altitude of 2400m. The hosts showed us several online albums, in which great winter landscapes alternated with spring crystal waterfalls, and summer forest trekking. The mountain tourism of the region is no less famous in this part of the world than the desert tourism.

Thus we reached the city itself, which is known for being ... blue. Why exactly blue? The explanation they gave us was that this color keeps mosquitoes away. But for me it remains a magic of colors. Against such a blue background, the variegated colors of folk costumes, scarves, skins, copper lamps, dreamcatchers, and all the goods displayed in the workshops of the medina brightly stand out. This saturated variety creates a unique atmosphere of cheerful mood and gives you a chance for wonderful photos. No one in our group wanted to leave Chefchaouen.

Tetouan is a crafts center and as such is also on the UNESCO lists. Lavishly decorated homes of rich merchants of the past, noble families driven out of Andalusia during the Reconquista, create a sense of luxury like nowhere else. The busiest streets of the medina are the confectioner's, the tailor's, and the tinsmith's. Tetouan is also a literary center. You can visit the riyad converted into a museum where ancient manuscripts are kept and where we learned that one of the first newspapers in Morocco was published here. Outside the medina, perhaps the most impressive building is the heavily guarded royal palace, which functions as the residence of the High Commissioner up to this day. 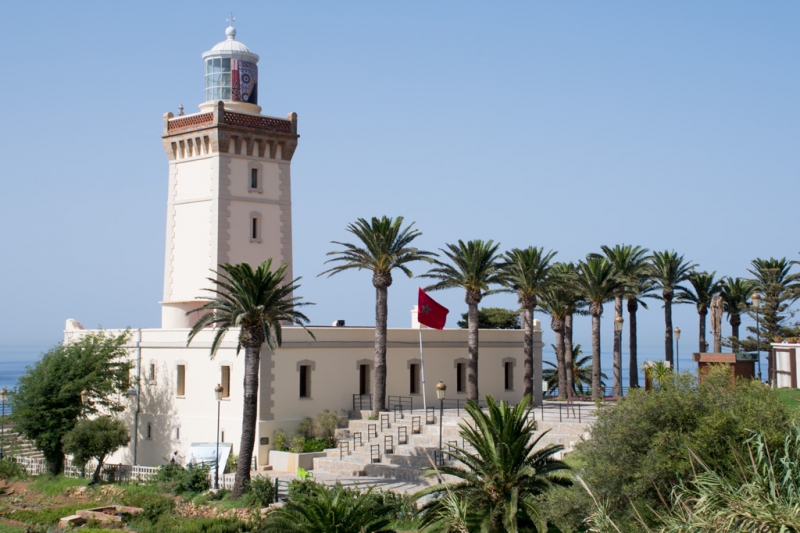 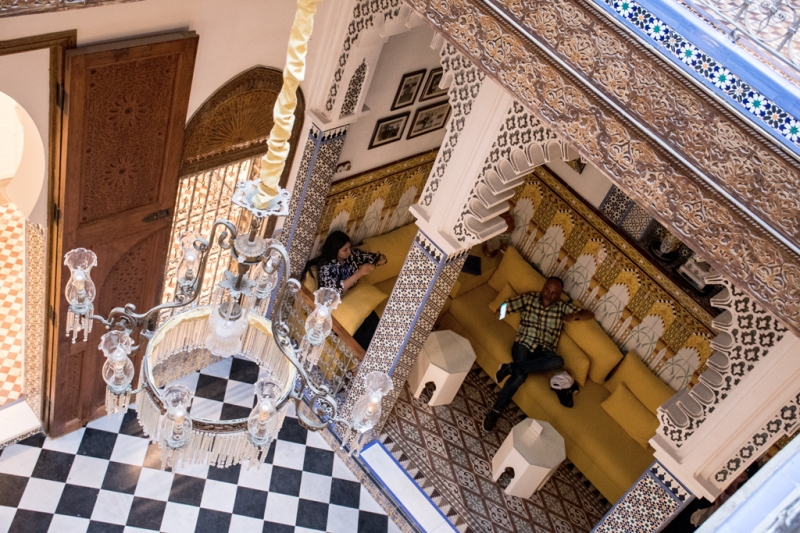 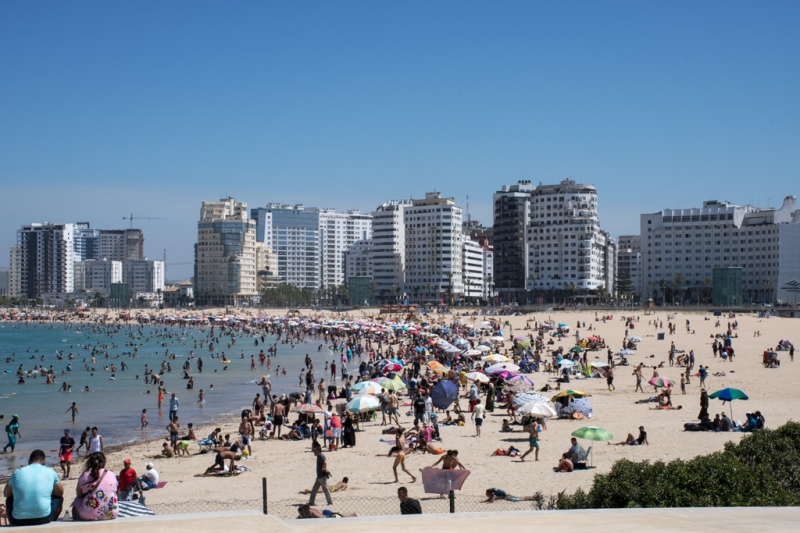 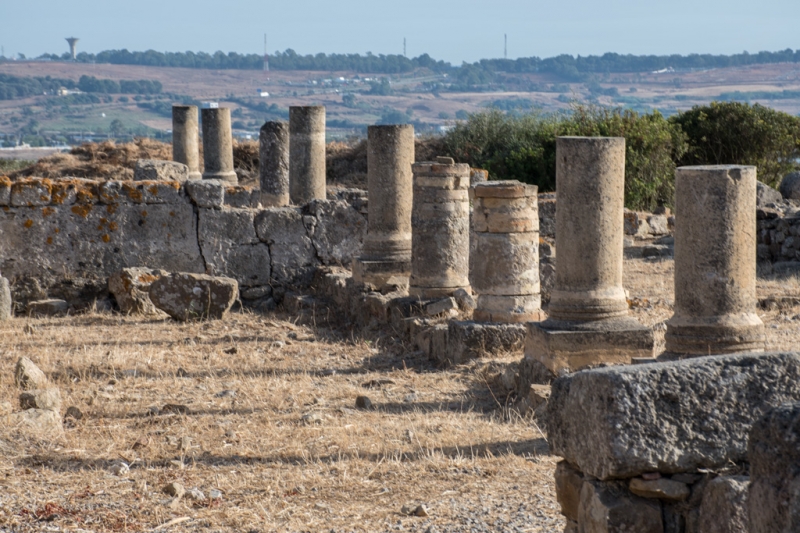 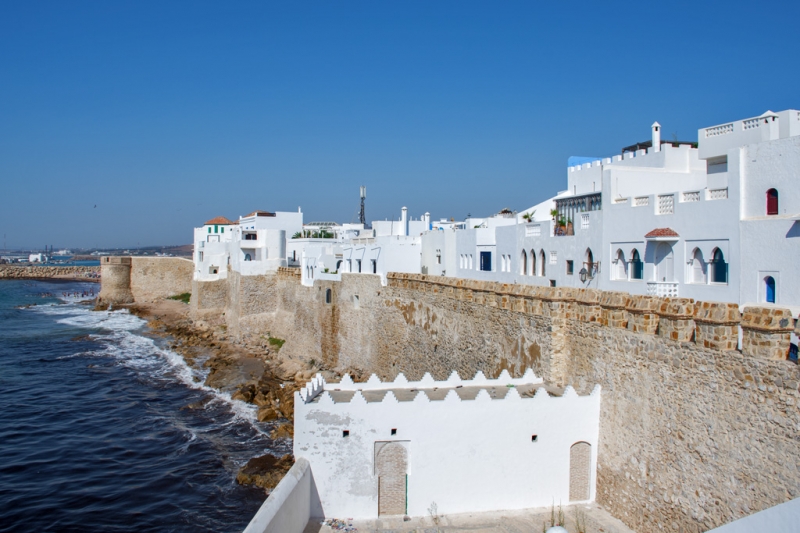 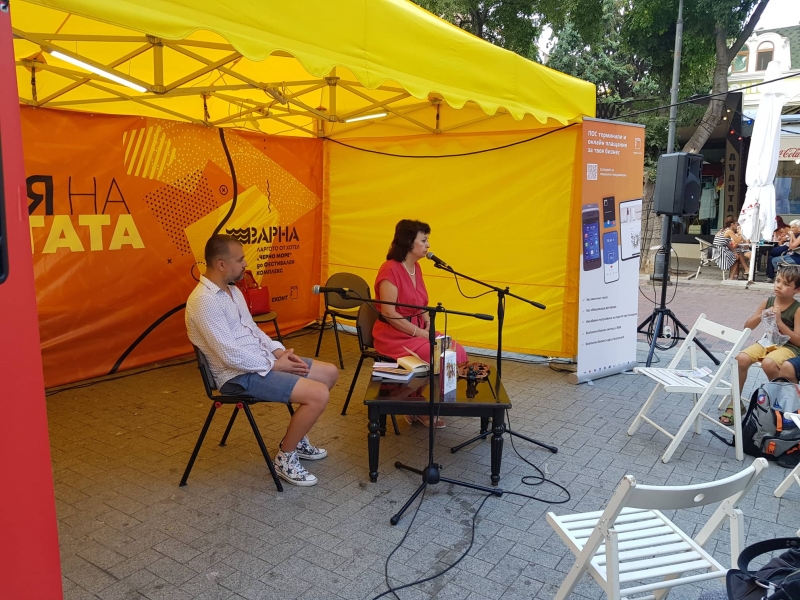 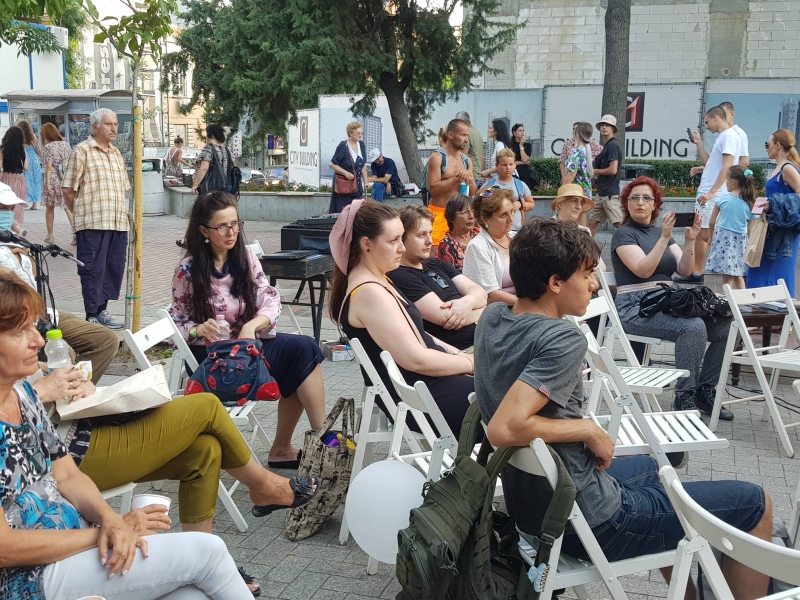 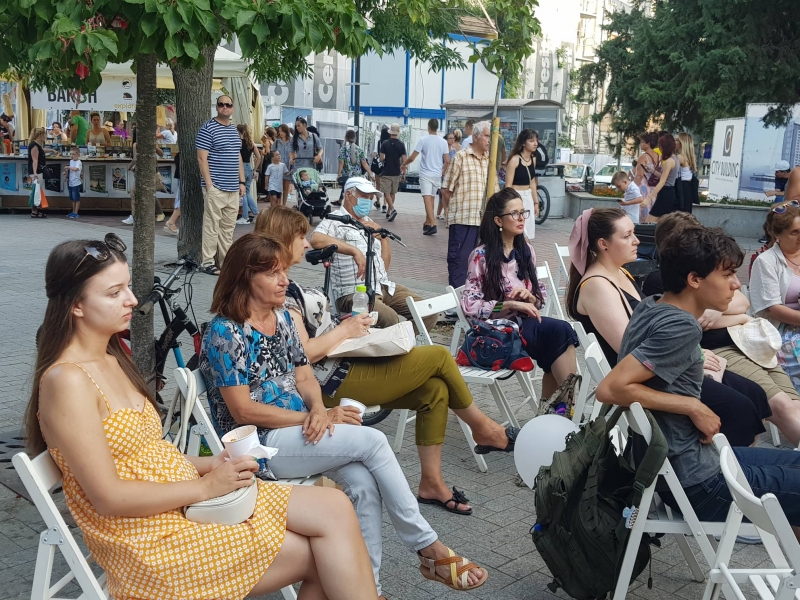 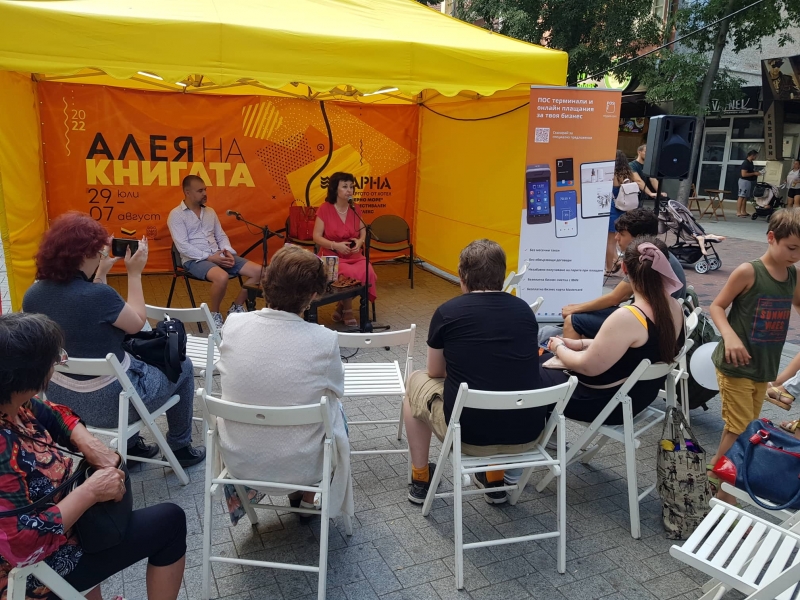