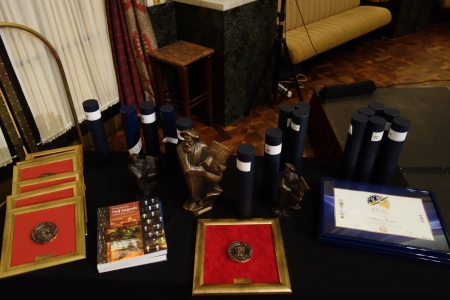 he 11th edition of awards  for croatian travel  journalists and writers was held in  hotel Esplanade -Fijet Hotel Partner, on 9th of December.

Last year, and partly this year, international  media trips stopped. So, MP Award Ceremony  was an occassion to give postponed Marco Polo Grand Prix Award  to Albina Podbovsek Adamic, Slovenian journalist for journalis  the best reportages from the  island Rhodes-Greece, host country of the FIJET congress in 2019. The Ceremony joined Goran Milic,Croatian Journalist  awarded   with Marco Polo Grand Prix in 2020.

The first prize Marko Polo  Grand Prix  for domestic travel articles is given to the journalist Zeljko Zutelija  for the book „ My Zagreb- the most beautiful city in the world“, that inspire readers to discover Zagreb.

Six  medals  „Marco Polo“  went to domestic journalists  for the excellence, to journalists who published travel articles, stories of Croatian regions, people, customs and traditions, undiscovered and interesting destinations,  to be used by tourism professionals as an incentive for new content, tourism offer or as motivation for tourists and media promotion of new tourism products and content, specially  in the new trends and  conditions of tourism future.

Awarded journalists are: Petra Sopek, Editor  for  great Magazine Meridijani, Paula and Djelo Jusic, authors and producers of TV Reportages „Fairytale Croatia“, Slobodan Kadic for a series of inspiring reportages that awaken the imanigation traveling in Croatia,published in Daily News „The voice of Slavonia“, Zeljko Marusic for  extraordinary contribution for travel journalism and TV show „Zeljko  and his guests“, Vladimir Kumbrija, Editor in Chief of Croatia Radio I  for great tourism daily radio show „Summer on Ist program“ and Denis  Mahmutovic for  reportages from mysterious and unexplored destination in Croatia, published in daily news „24 Hours“.

Three speacial recognitation were given to: Radio Sljeme  for weekly radio  reportages from Zagreb named  „My district„  and  „Bed and Breakfast“ contributing to the popularisation and affirmation of visit to  Zagreb;  KAportal and Mario Pusic for a serie of reportages  „ A hidden jewel  at hand reach“ and  Student TV  for TV reportage from Salonika, the city host of Young Journalists Academy 2021.

On the occassion of 15th Anniversary, special Award was given to Tina Cubrilo for  authorship and realization of Marco Polo Project.

In 2020 Fijet Croatia launched  the award for the Tolerance, to those who champion and live  tolerance within their communities and across the globe as a means of fostering intercultural communication, underscoring the importance of tolerance open dialogue achieving world peace based on universal human values. Fijet  Tolerance Award was given to the Journalist ( Vecernji Daily News) Hassan Haidar Diab. 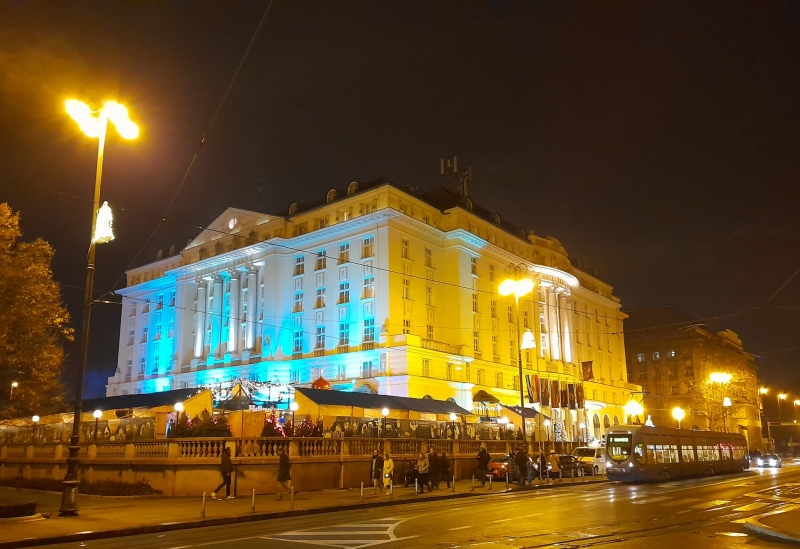